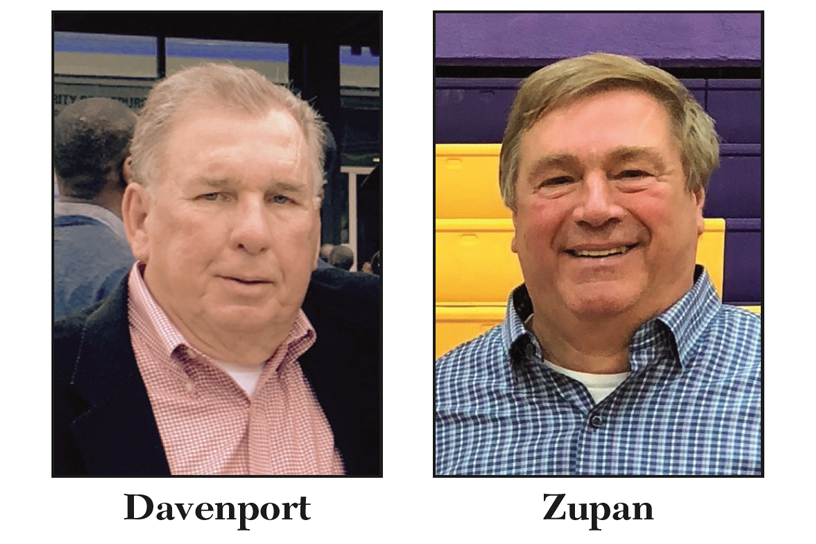 No sooner had this story—which is about two soon-to-retire rivermen who have spent their entire careers with the same company—started to take shape than it quickly doubled in scope. Two other retirees from the same company, it turned out, had been there every bit as long.

“The story can’t be about just us,” said both Jody Davenport and Tom Zupan, who between them have logged almost 100 years with Economy Boat Store, the originator of midstream fueling. Davenport is general manager of the Memphis and Wickliffe, Ky., locations, while Zupan is general manager of the Wood River, Ill., and St. Louis depots. Both men are retiring at the end of the year. Davenport, 72 years old, started in 1967; Zupan, 67, began in 1971.

Neither of the two long-working, Economy Boat employees would stand still for an article on their careers without mentioning coworkers Steve Dumey and Denny Angel, whom, they said, are as long-tenured and deserving of recognition as they are. “Honestly, it’s a team effort, always has been,” they said.

Dumey retired recently from the Memphis branch as operations manager after 49 years, and Angel retired from the Wood River facility as operations manager after 48 years. Now that the number of years in the story is approaching 200, not 100 as originally thought, the article is all that more compelling and should include Dumey and Angel as well as the fact that Economy Boat Store commands such a high degree of loyalty, said Davenport and Zupan.

Davenport, who grew up in Wood River, was familiar with Economy Boat Store because his stepfather worked there and was the son of owner and founder Dee Colburn. About a year after graduating from high school, Davenport said, he went to work there as a dock hand and general laborer. Several years later, Zupan, whose father was in the construction business in Wood River, also joined the company after high school, his connection there being Davenport.

Both men eventually decked on the boats and successfully sat for their pilot’s licenses. Zupan recalls working on the mv. Shuttler when Lock and Dam 27 was being built, assisting boats entering the lock, and then becoming a dispatcher. By 1971, Colburn had sold the company to Mers Inc., which was owned by Charlie Newton, Jim Barton and Dick Scheffel, with Newton as the managing partner. When they branched out in 1973 by acquiring Frankie & Johnny’s Boat Store in Memphis, the first of many locations they would expand to, they sent Davenport to manage it.

Reached for comment, Newton said he had many stories to tell about Davenport and Zupan, but there wouldn’t be enough room to print them all. “Those boys learned the business from the ground up,” Newton said, “and went on to leadership positions with the company.”

In 1989, Davenport was responsible for establishing an Economy Boat Store fueling operation from scratch, in Wickliffe, Ky., which proved to be a success, he said. There are currently six locations in total.

Back in Wood River, Zupan was gaining valuable experience under the tutelage of the legendary Chub Morris, whom he replaced as operations manager when Morris died in 1989. In 1999, the Barton family bought out partners Newton and Scheffel, Newton retired and Zupan stepped in as general manager. Barton’s son Fred took over as president.

“We have been extremely fortunate to have had Jody and Tom at the helm for Economy Boat Store for decades,” Fred Barton said. “They have been on call 24/7, 365 days a year, and have directed the business with continued personal attention and care. Both Jody and Tom have instilled a culture within EBS of ‘Customer Service Above All Else.’ The next generation of EBS managers have learned by Jody and Tom’s example and will continue their legacy by providing quality service to our river customers for decades to come.”

Both Davenport and Zupan struggled to find the right words to describe their careers. Long, to be sure, but filled with personal relationships with owners, coworkers, customers, vendors and others that were so rich the years just seemed to “fly by.” Although the Bartons still have a minority interest, Pilot Thomas Logistics, a 1,700-person firm based in Fort Worth, Texas and one of the premier suppliers of fuel to multiple industries including marine, purchased 70 percent of Economy Boat Store in 2015. The company’s point man for the river trade is David Reynolds, a vice president stationed in Memphis.

“The opportunity to work alongside and learn from Jody and Tom has been tremendous,” said Reynolds. “They are passionate, professional, relationship-focused and have long been dedicated to serving Economy customers and the river community. We are excited to build upon the foundation and reputation they have been instrumental in establishing over the course of many decades, and we have a great team of leaders ready to step up and carry Economy forward for decades to come.”It’s been an amazing ride, Davenport and Zupan said, with all they’ve seen those many years in the way of floods, droughts, marine incidents, companies coming and going, booms, recessions, fuel price fluctuations, rules and regulations.

Neither have any set plans for retirement. No bucket lists, other than to “not work,” which after a combined century of being on call 24/7, 365 days a year looks pretty good, they said. Family, grandchildren, some travel, and just taking it easy also come in for mention. “You think about the river business all the time when you’re in it,” said Zupan, “so just being away from it on a permanent basis will be a definite change.”

Both said having time for their families means, first and foremost, spending more time with their wives. Interestingly, the two ladies are sisters. They are part of the Hill family from Wood River, Ill. Davenport married Vicki Hill, Zupan married Cathy Hill. And, like their careers, their marriages are nearing a combined 100 years.