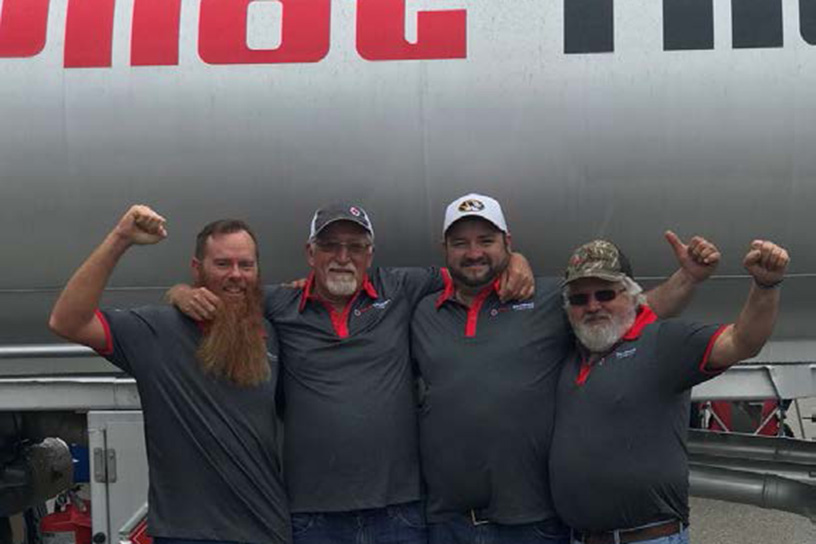 At the West Virginia Trucking Association’s 2019 Truck Driving Championship, Pilot Thomas Logistics received a Team Safety Award at an awards banquet on June 8, 2019. This recognition identifies drivers for their 2018 safety accomplishments and those that meet all Federal and State Safety Requirements.

The competition is made up of three different sections that included written exam, pre-trip inspections and a field road course that is timed. Pilot Thomas Logistics had the following four Team Members participate in the event: Robert Johnson, Ryan Stacks, Ronnie Sigley and Anthony Wayne Peters. For them to compete, each driver must be incident / accident free for a year. These Team Members demonstrated outstanding skill and knowledge throughout the competition.

• Robert Johnson took first place in the Tanker Class and will be entered into the National Truck Driving Championship that will be held in August 2019.

• Larry Fincham was named the 2018 Driver of the Month award in September. Larry has been driving for over 46 plus years and has over 3,500,000 miles without an incident.

Pilot Thomas Logistics also received the Great West Safety Award for the combined annual miles driven between 0 and 1,750,000 without an incident for 2018.