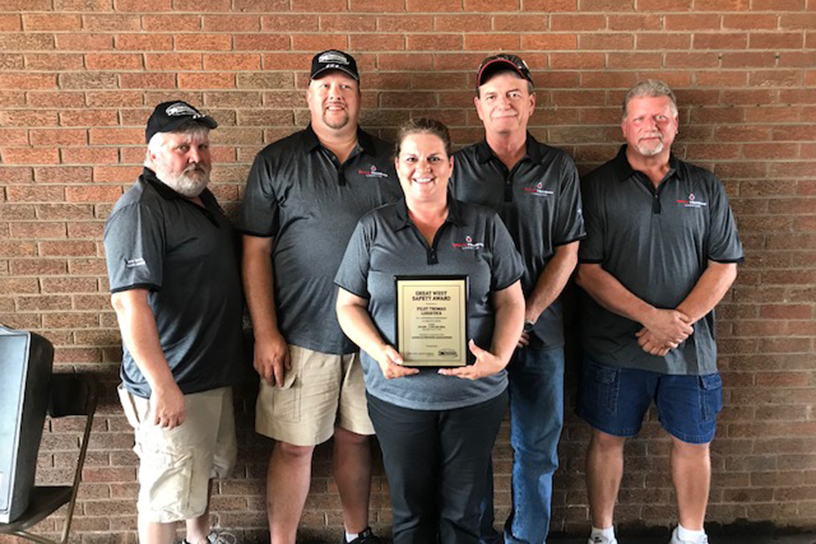 At the West Virginia Trucking Association’s 2018 Truck Driving Championship, Pilot Thomas Logistics received a Team Safety Award at an awards banquet on June 9, 2018. This recognition identifies drivers for their 2017 safety accomplishments and those that meet all Federal and State Safety Requirements.

Traci Nelson, President of the West Virginia Trucking Association, said, "The purpose of the Truck Driving Championship is to give trucking professionals the opportunity to test their driving and safety skills against their West Virginia peers.The competition mirrors what professional truck drivers must do day-in and day-out to maintain safety records unmatched by any other segment of the driving public."

Pilot Thomas Logistics received the Great West Safety Award for the annual miles driven between 500,000 and 1,500,000 for 2017. There were also several PTL Drivers that were honored as well. These drivers included Mike Young, Rick White, Jerry Crawford, Scott Jones, Wayne Peters and James R. Young. These drivers had a combined 3,275,500 miles over their employment with PTL. Mike Young was named the October 2017 Driver of the Month while all other drivers received the 2017 Outstanding Driver Awards.